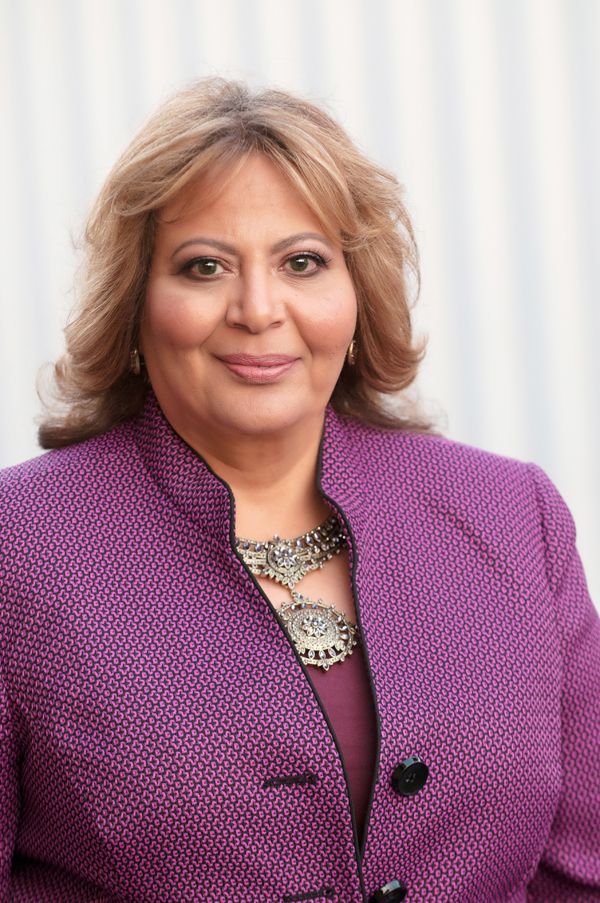 Growing up as the daughter of a diplomat, I got used to change early on. Because my family moved to a new country every four years, I had to constantly adjust to new places, new cultures, and new friends. It wasn't until later on, did I realize that I grew up being flexible, adapting, and reinventing myself with every move. And trust me, it wasn't easy. I would initially feel uncomfortable and scared to go to a new school and meet new people until reinventing myself became my second nature.

Because I grew up in a culture where women's rights were not the norm and women were not always respected, I always wanted to prove myself as a professional and successful woman. I went to college and graduated with degrees in Internal Medicine and Surgery, majoring in Psychiatry. Since I was a little girl, I had wanted to become a doctor to make my parents proud and earn the respect of a society that didn't always hold women in high regard.

But that desire to make my parents proud came at the cost of my own happiness. I hated my intern shifts at the hospital; though this helped develop my leadership skills living through adversity I couldn't understand how I could be so miserable if I was making the people I loved the most happy. I felt stuck and couldn't bear the idea that this was what the rest of my life would look like. After some intense soul-searching, I decided to change my path and pursue marketing for international airlines with the blessing of my father.

Within two weeks, I reinvented myself more than I could have ever imagined. At 21 years old, I moved to Los Angeles by myself to once again immerse myself in a new place, a new life, and a new culture.

And the change didn't end there. Throughout that process of reinventing myself, I changed industries three times in the next fourteen years.

As I excelled in my international marketing career, I opened new offices for major corporations around the world. I studied local cultures, laws, and human relations, I also trained hundreds of employees on Leadership, and consulted on huge international projects as "Project Manager".

Despite all of the success and recognition I achieved in the corporate world, I still felt a VOID.

On the surface I was "picture perfect" but on the inside I was a mess. I was unhappy to the point of being miserable. I thought that at any moment people around me will find out that I was just at the right place at the right time, that I didn't know what I was doing.

I blamed life and others around me for being lonely and unhappy, I always wished i could have more money, more education, more support (though I had all that). I blamed the circumstances, the way I was brought up, I even blamed the sun and the moon.

I was around people that were toxic, had few bad relationships that increased the void inside of me, accepted any and all projects at work no matter how overloaded with work I was just so others can like me.

Till the day my baby sister was diagnosed with Cancer in both her breast and liver. When we received the news, I broke down, the whole family broke down.  She did too, but she took back her power just two weeks later.

The prognosis was only one year. She educated herself on what treatments were available, she went through intense chemotherapy while taking care of her two young babies, her family and working two jobs: A College professor at a medical school and an Immunity Doctor.  She fought back and never blamed anything or anyone. She never asked “Why me?”  She just lived every single day of her life like it was her last.

At that point, I felt embarrassed and ashamed of myself. Here I was, healthy and able, and still breaking down at every corner.  I realized I was not taking responsibility or accountability for my life. That was my “AHA” moment, when my life changed forever.

I took responsibility and accountability for everything that happened in my life. I seeked help in form of coaches, mentors, therapists and reverted back to my education and knowledge of human psychology and studied some more.

Everything was history after that.

In 2010, I realized that I was not living my full potential. My husband (my rock) said it best: "You are wasting your time working for others." He couldn't have been more right; I had passions and dreams that I could never fulfill within a corporate framework.

When I realized that I would need to reinvent myself once again, I was terrified. I had no idea that I would be able to support myself financially on my own; I wondered if I was just a fraud and my previous successes were pure luck. I struggled to remind myself that I had made tremendous amounts of money for other people, and I could recreate my previous successes while allowing for my dreams to come true. After nine months of walking through all of my fears and insecurities, my first business was born in the beginning of 2011.

Almost six years later, I am making the income I had always desired. Despite some friends and family trying to discourage me--particularly because I started out in a terrible time for the economy--I've been making my dreams come true ever since I truly reinvented myself to greatness.

I had a vision for my life that I needed to make a reality...and I did. It wasn't easy and it wasn't without a lot of pain, money and many tears and fear and self-doubt, but I reinvented myself yet again because I believed in myself and I had faith that my vision would come to life.

I spent countless hours, dollars, and tears making my dreams come true; and now I am ready to share the tools I've learned with you. I know they work because I have brought incredible success to myself, my family, and numerous other people I've mentored.

That is why I am doing what I am doing and I love it. I want to help you change your life like I did to reach your potential and the "BEST" version of you.

Let me take you on a journey. Let me guide you to make your own dreams come true. Step by step, I will be there the whole way with you.

It is your CHOICE to take the next step to start living the life you always dreamed of and that you so deserve.

I am a Diversity, Global Leadership & Culture Competence Speaker/ Consultant. lived, worked and been educated in 7 countries and 3 continents; and speak 5 languages.  I hold a Double Bachelors of Medicine, and Surgery, Major in Psychiatry from Cairo University; and successfully completed a Mastery of HR Studies Certificate Program.  ,

I was nominated for the 2018 & 2019 Women and Council awards; Named as a “National Authority on Diversity” by the LA Business Journal.

My Entrepreneur training program received Congressional Recognition. I also was nominated as a “Woman Advocate” by CWI in 2017, recognized by the “State Senate”, the “State Assembly” as well as the “Board of Equalization”, and  nominated as a “Women breaking barriers” in 2016; and has been honored as an “Inspirational Woman” in 2015

I was awarded the “Diversity Insights award 2015” by the National Diversity Council and the “Leadership Excellence award 2014” by hr.com.

I have been featured as an SME (Subject Matter Expert) numerous times in many National magazines’ articles.

As a Business Advisor at PCR-SBDC a subsidiary of the “Small Business Administration” I have helped more than a 1000 small business owners, and entrepreneurs grow their business sharing my own experiences in building two (2) successful businesses, specifically working on their leadership skills and finding their real passion and purpose.

I have studied and been mentored by the best experts in the industry , studying under Gurus like Eben Pagan. Brendon Burchard. Ted McGrath, Mary Morrissey and the likes of them.

You are created for Greatness

I am in the "Life Transformation" business.

Let me help you in finding and becoming your HIGHER you